- December 05, 2013
Well.. Well..Well..!! So, here comes a 20 year old going to give real estate advises to people who are going to invest. You may be partly right on your assumption but I was a little apprehensive on blogging about this with my age as a factor. But having read a lot and after visiting a few construction sites in Chennai, I'm writing this post so there is enough credibility. I've also interlaced many insights which my father had taught me from my 9th standard largely due to my curiosity about the "Art of Making Money!". So, history apart I'm just going to present a view of Chennai's real estate making an analysis with respect to different geographies and various allied factors. 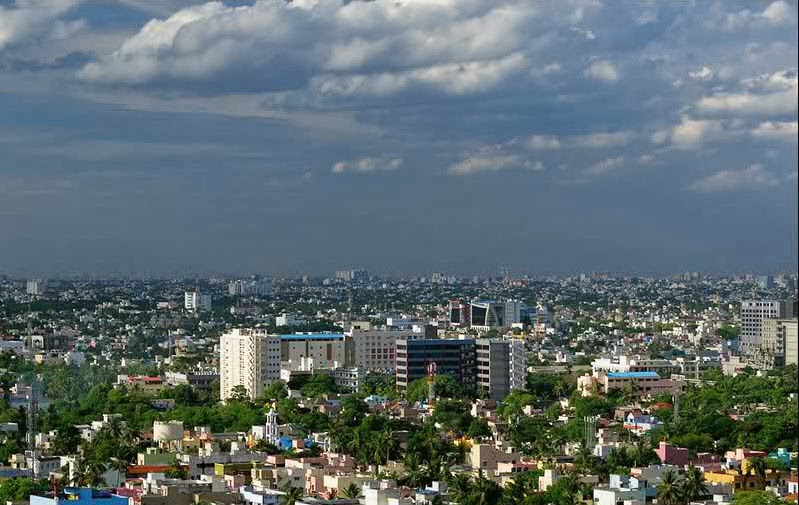 NORTH CHENNAI:
Chennai is majorly divided into North, South, Central, West and suburban regions in each of these divisions. (Please don't ask me "What about Chennai's East?".. It's Bay of Bengal. Damn it! :P :D You got islands to invest over there ;-)) The North Chennai has areas such as Madhavaram, Puzhal (famous for it's jail), Tiruvattiyur, Perumbur, Kolathur, Mollakadai and Tondairpet. This region has not interested any of the real estate people and has always been dominated by industrial estates. Though, Kolathur has been coming up in the recent years, there are minimal investments in this area though the ground water supply is good as it's close to Kolathur lake. This region lies on the Kolkata Highway on a 200 feet Road and in the coming years Kolathur is bound to grow but not at the scale of OMR's. Apart from this region, I don't find any big scope for development in North Chennai as transport connectivity is poor.

CENTRAL CHENNAI:
Coming to Central Chennai which houses all the sought after areas such as T.Nagar,Mylapore, Gopalapuram, Kodambakkam (where I reside :D), Nungambakkam, West Mambalam, Choolaimedu. These areas are thickly populated and the prices in these areas are sky-rocketing with as high as 10,000-14,000 per sq.feet. Very few new apartments are coming up but resale flats in these areas are on a high recently. But, this is where most people fail to think. They pay the price of the area but not the price for the flat. There is something called as "depreciation value" associated with every flat. Say the current price going at Nungambakkam is 10,000 per sq.ft for a new apartment then paying the same price for a 15 year old flat is not a wise decision. When you go for second hand flats several factors such as UDS (Un-Divided Share), building quality (depends on the builder), flat maintenance are to be seriously considered before buying. Just buying an apartment for the area is stupidity and there are people who buy resale flats for 60 to 80 lakhs which is a bad investment. The ROI for such investments is very less so if you want to buy a new apartment as an investment option go for a developing area and not for a well developed area. When it comes to just land follow the reverse option, area is the top priority and next comes the building.

WEST CHENNAI:
West Chennai which has areas such as Anna Nagar, Valsaravakkam,Saligramam, KK Nagar, Mogappair, Ambattur, Vadapalani,Porur, Ramapuram are the recently developed areas and many of which have been included in the Chennai Corporation. These areas saw an alarming increase in prices during the early 2000's and by now all people who invested in these regions are getting huge returns. The stretch from Vadapalani-Porur is where most of the investments happened and you can find almost everything you need here. The only disadvantage is that it's not connected by railways well though you have excellent connectivity through buses. Multi-storied apartments laid its footprint in Chennai in this area with Doshi Housing, Siddarth Heights, Jamals Builders making the best of this region. This area has theatres (Kamala and Fame), Mall (Chandra Mall and Vijaya Forum Mall), Restaurants (KFC's, McD's, Marrybrown and many more), Hospitals (Vijaya Health Centre, Vijaya Hospital, Fortis) all in one road. One major problem which this area has is traffic and during peak hours it's very difficult to cross this stretch. The prices in this area now are very high but for resale flats this is THE AREA now. All apartments are close to 5 to 10 years old and if you want a flat within city limits with an eye over ROI this is the place for you.

SOUTH CHENNAI:
Next comes in line comes South Chennai. During the IT boom in Chennai, this is where most NRI's and many builders made most of their fortune. This region of Chennai has areas such as Saidapet, Guindy, Alandur, Adyar, Besant Nagar, Velachery, Pallikaranai, Thoraipakkam, Neelankarai, Injambakkam etc., Guindy is one area in Chennai where a lot of trees are left and the reason for this are old educational institutions. There is Connemera Museum, Anna University, IIT, Gandhi Mandapam, Cancer insititute in Guindy which have huge areas filled with trees. The residential areas already developed in this region are Adyar and Besant Nagar. All the remaining regions in South Chennai grew primarily because of IT boom and all mushroomed in one key word OMR (Old Mahabalipuram Road). Called fondly as IT Expressway, also as New Chennai this is where most builders kept their eyes cause it enabled them to build multi-storied residential apartments. I do agree that in 2004 or 2005 even I would also have bought a flat in Pallikarani or Thoraipakkam, but now it's a strict NO. My father used to tell this to me whenever he sees a new ad in a newspaper. Earlier, builders used to lookout for areas in the city but now they are acquiring large areas from suburbs and claiming it be the best area to invest. OMR has reached it's saturation level now and it's not wise now to invest there for property. All building sites in OMR get water for construction from water tankers and no builder mentions ground water supply clearly in OMR. To my knowledge, there are close to ten multi-storied apartments housing from a minimum of 300 families to a maximum of 1100 families. The people who are already residing are finding it very hard to get ground water and even if you want to dig deep bore-wells you'll end up getting extremely salty water (as it's close to sea) which needs thorough filtration. The most tempting factor for most builders is that IT companies give a benefit for it's employees who reside within a radius of 10 kilometers from their office and using this factor, buildings are proliferating here. There is only one connecting road for all these apartments and in the near future this road is going to become like Vadapalani-Porur stretch if not properly organized. So, people please don't fall for the OMR keyword and huge advertisements boasting of many allied features. I get particularly irritated whenever I see a LAKE VIEW apartment ad on OMR. You know why! :P.

WHERE TO INVEST NOW:
So, where to invest in Chennai now?? From my limited knowledge, I would pin it on South-Western suburbs of Chennai as the best spot now. It has Tambaram, Selaiyur, Vandalur, Chrompet, Urapakkam as the best spots. The prices in this region has been having an upward trend for the past few months and the ground water table here is stable. It's well connected with both railways and buses. I'm a fan on railway links as it's dependable, fast, cheap and does not get caught in the hassles of traffic in the city. With the metro coming up soon, linking the EMU (runs from Chennai Beach to Chengalpattu), the MRTS (Chennai beach to Velachery now, proposed to St.Thomas Mount) and the Chennai Metro itself at St.Thomas Mount, it's again a great area to invest. From one point, you can go anywhere in Chennai which is spectacular. It's proposed that Vandulur would soon become the hub for buses and the Koyembedu CMBT will not be the station anymore. When that happens, the prices in this area will start climbing faster. The places close to Tambaram such as Sembakkam, Urapakkam now costs around 3500-6000 per sq.ft and if my assumptions and projections are right, I guess these prices to climb and reach something around 7500-8000 per.sq ft in 4 years. It's a striking increase and you can reap great gains if you want to buy apartments as an investment option.

Hope this article was useful to you. If you're resident of any area, do mention it in the comments and if I'd made any mistake about any area do mention it. I'd love to learn more about my Chennai.