- August 13, 2013
This post is dedicated to celebrate the founding of Madras (now Chennai) which falls on August 18th every year.Usually, the entire week from August 18th to August 25th is celebrated as Madras Week. I'm blogging about my the place where I've been a resident for the past 18 years... KODAMBAKKAM.

Kodambakkam is known to people as the epicenter of The Tamil Film Industry (aka Kollywood).This correlation is because of the fact that a lot of famous film studios such as AVM Productions, Bharani Studios, L.V Prasad Studios, Vijaya Vauhini Studios were established in and around Kodambakkam which made this place as the hub of the Tamil Film Industry. As our Madras city expanded and slowly the film industry started to shoot in real places rather than opting for sets, the studio culture started perishing. A lot of studios were converted into hospitals, marriage halls etc., The recently launched Vijaya Forum Mall was previously Vijaya Sesh Mahal and in its ancestor was Vijaya Studios. The Vijaya Hospital and Vijaya Health Centre were also part of Vijaya Studios.The only studio which still exists around Kodambakkam is AVM Studios.

Places to Visit in Kodambakkam :
The Over-Bridges- 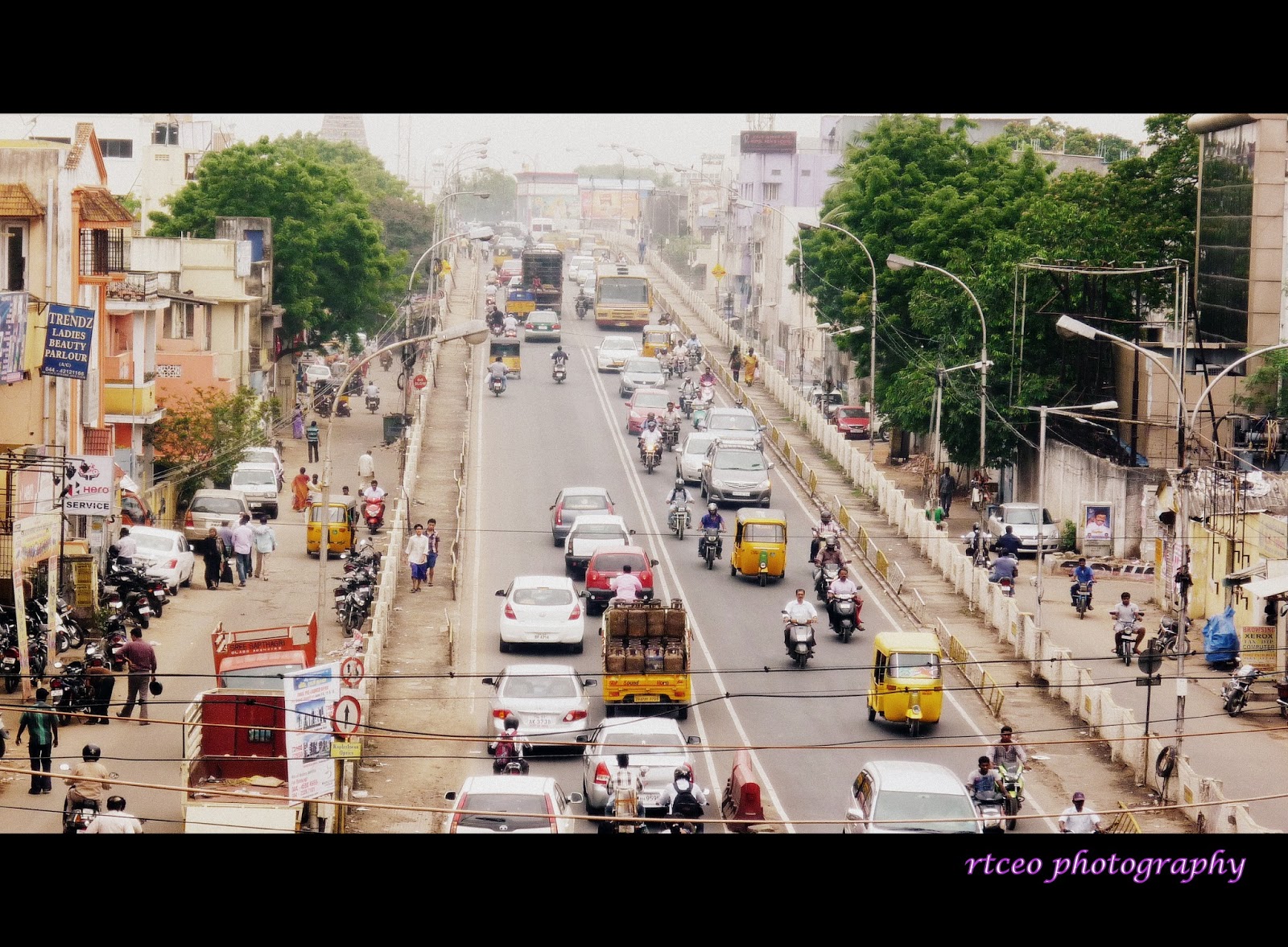 The Kodambakkam over-bridge is one of the landmarks of our area. It's regarded as one of Madras's earliest over-bridge and connects areas such as KK Nagar, Vadapalani, Ashok Nagar and West Mambalam. This bridge has not been expanded after it's construction in 1967. 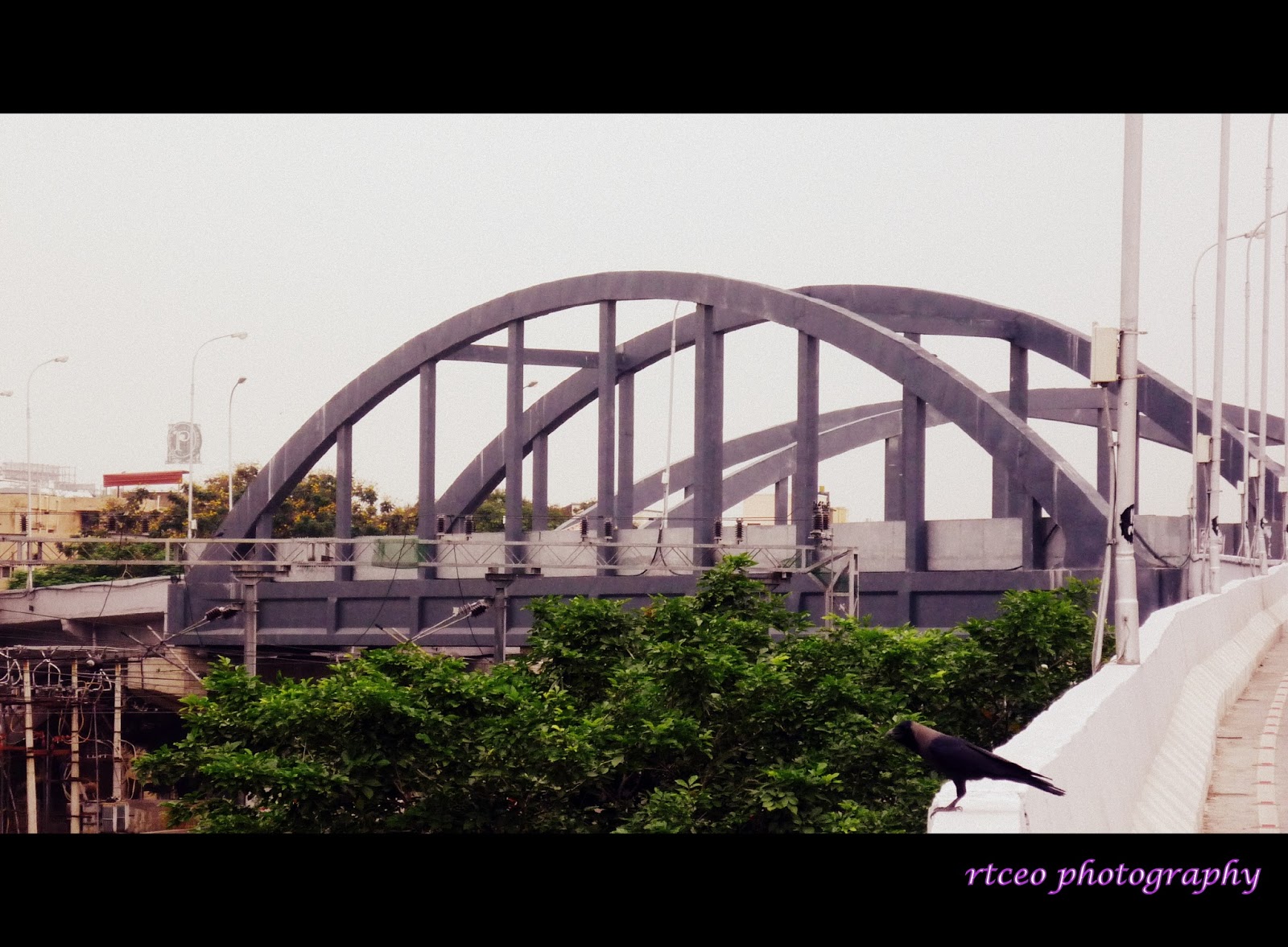 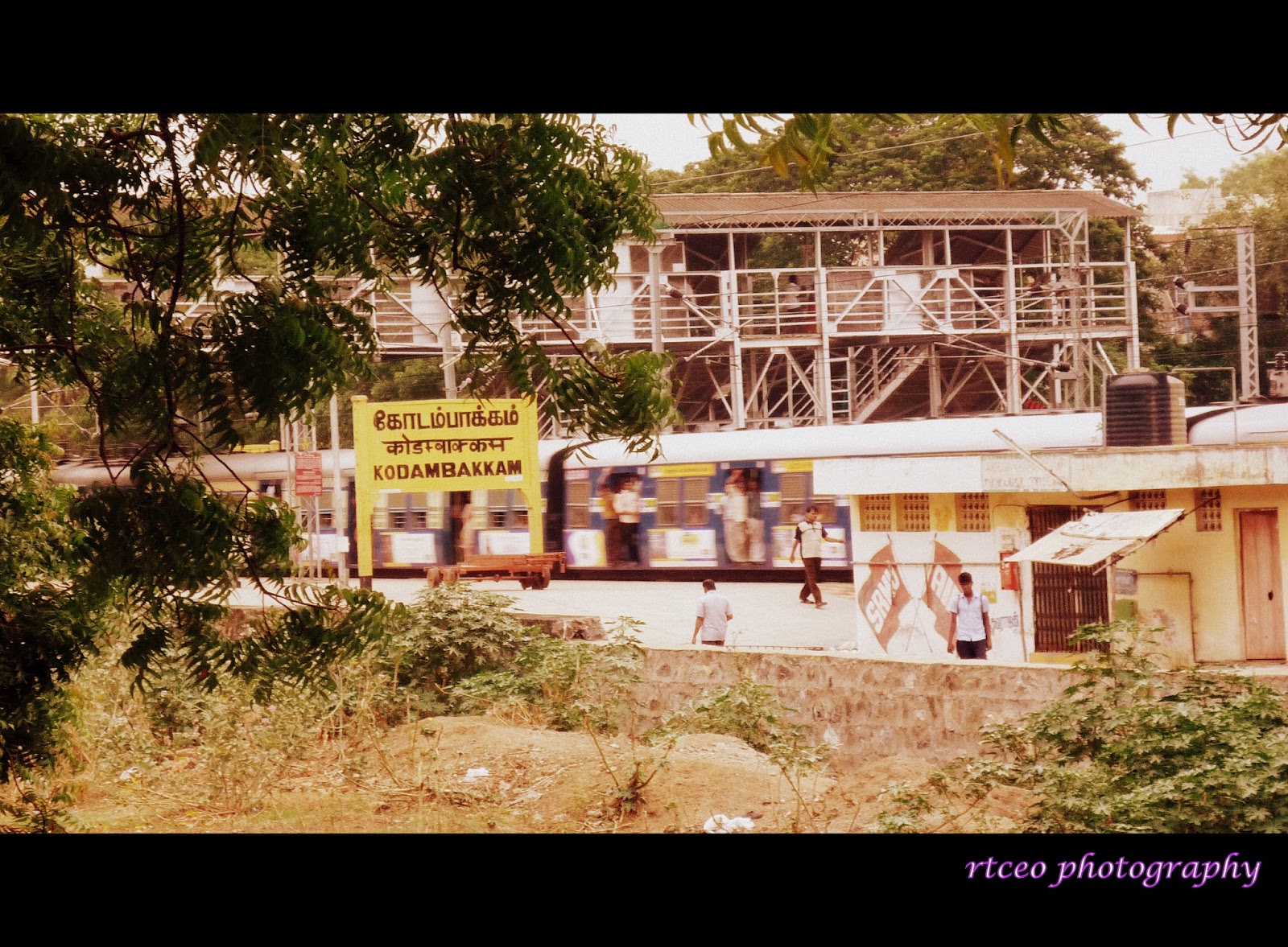 Places of Worship-
Bharthukesavar Temple (Shiva Temple) :
Kodambakkam has a diverse set of religious places and each has a tale associated with it. One of the oldest among these is Bharthukesavar temple which is around 500 years old. This temple is currently under renovation and it's believed that Pallavas and Late Cholas built this temple. 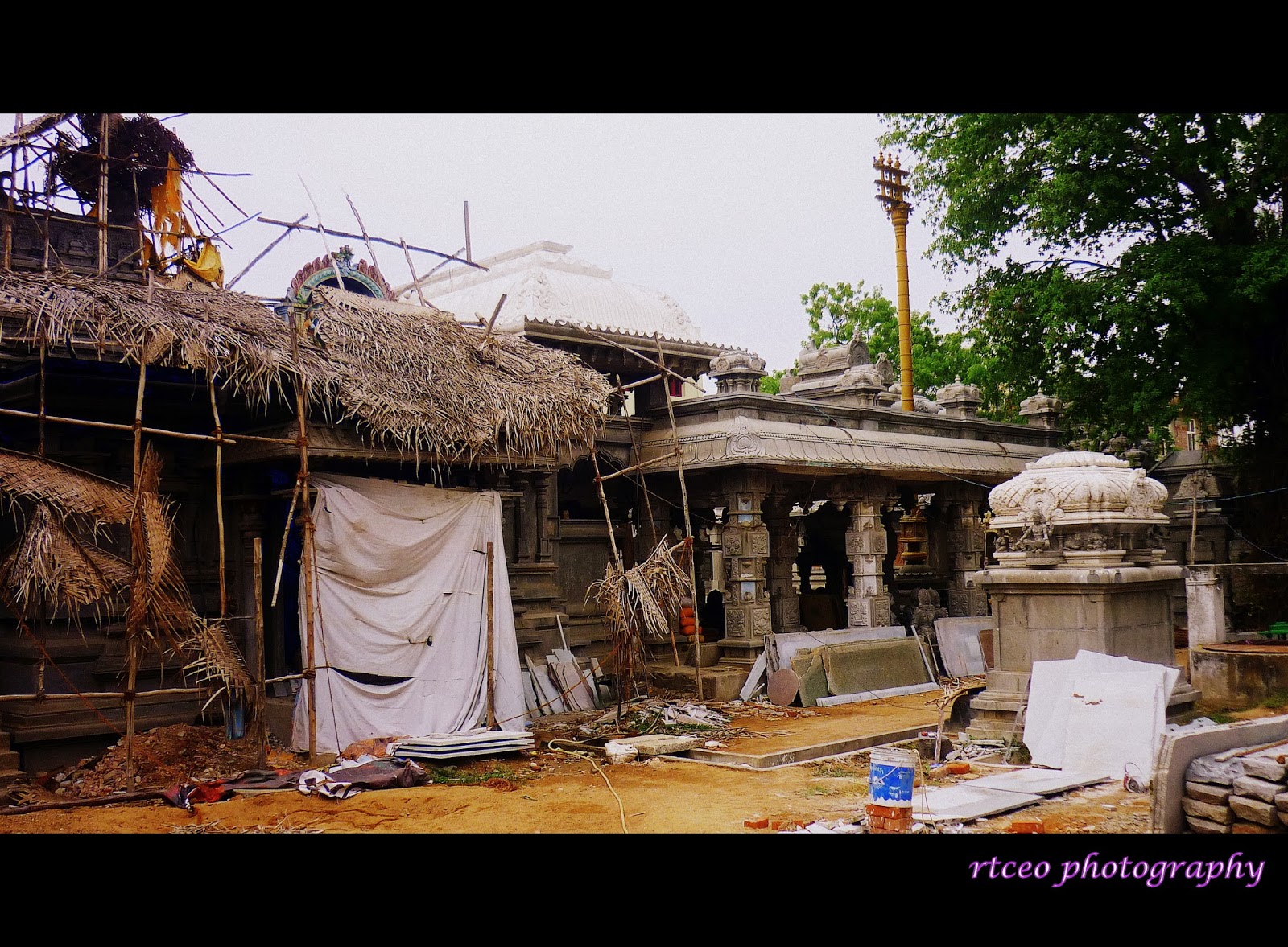 One of the most interesting aspects about this temple is the BIG TREE which is called as "Naga Maram". This tree holds a pink colored flower which has a distinctive aroma and when you remove the petals you can see a part of the flower resembling a snake. This tree is considered sacred and is one of the reasons for establishing a Shiva temple in this region.This expanse of this tree when seen with your eyes pumps a majestic feeling in your mind. I just can't describe the amount of happiness I get when I sit under this tree and the sense of fulfillment I get :). This is the tree I was taking about..(P.S: Please click the image below :D ) 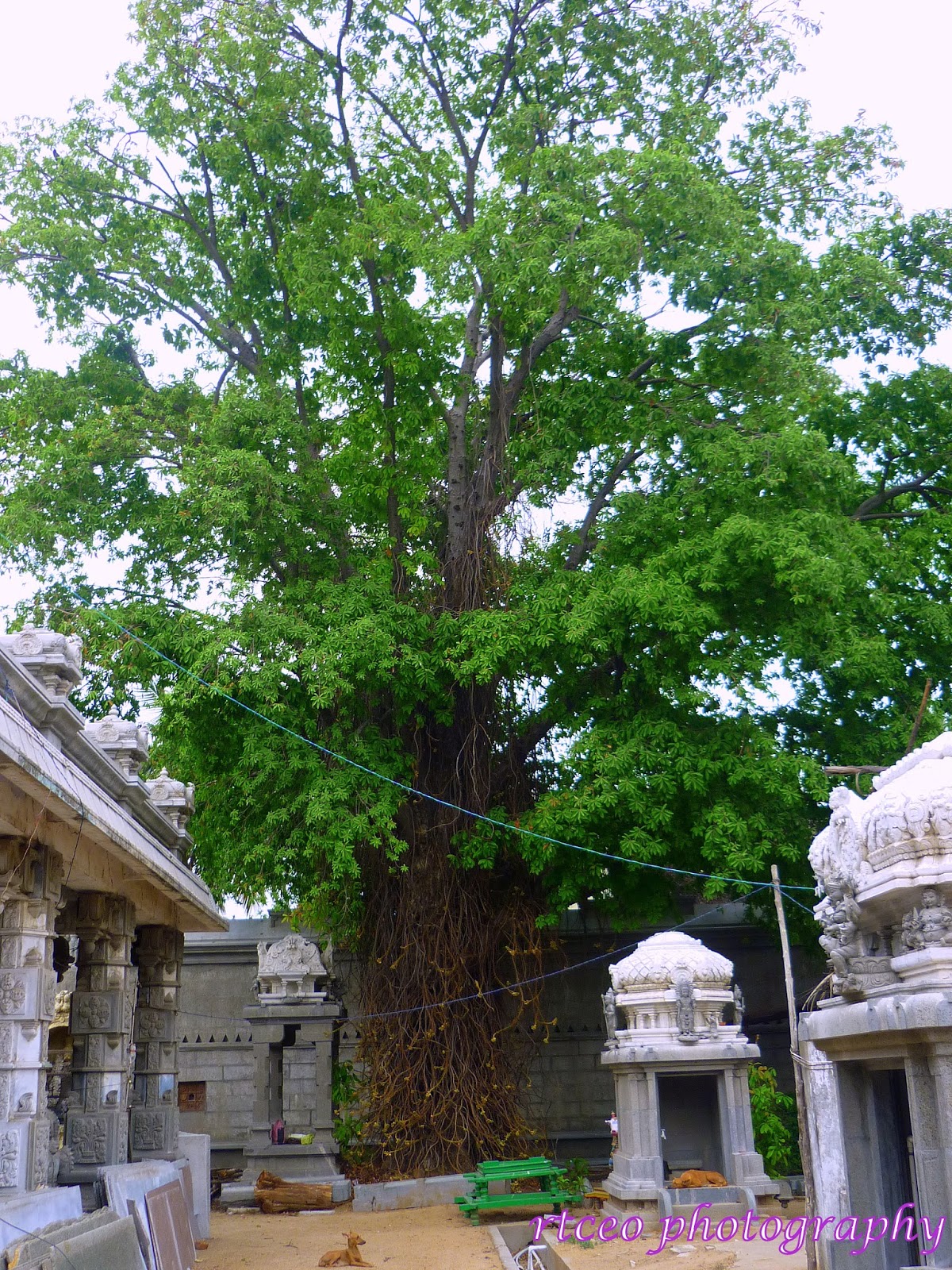 Kodambakkam Puliyur Masjid:
Another feather in the cap of places of worship in Kodambakkam is Puliyur Masjid and this place also has a history associated with it. This mosque is believed to be constructed during the Arcot Nawab period. The word "Kodambakkam" is believed to be derived from the Urdu word Ghoda Bagh meaning "garden of the horses". The area behind this mosque (which is now called Choolaimedu) was supposed to be the place where the horse stable is used to be. The Arcot Nawab built many mosques through the route of Walajah Palace, Chepauk to Arcot. Hence, this mosque is considered is one of the ancient mosques in Madras. This mosque is very close to Kodambakkam over-bridge. 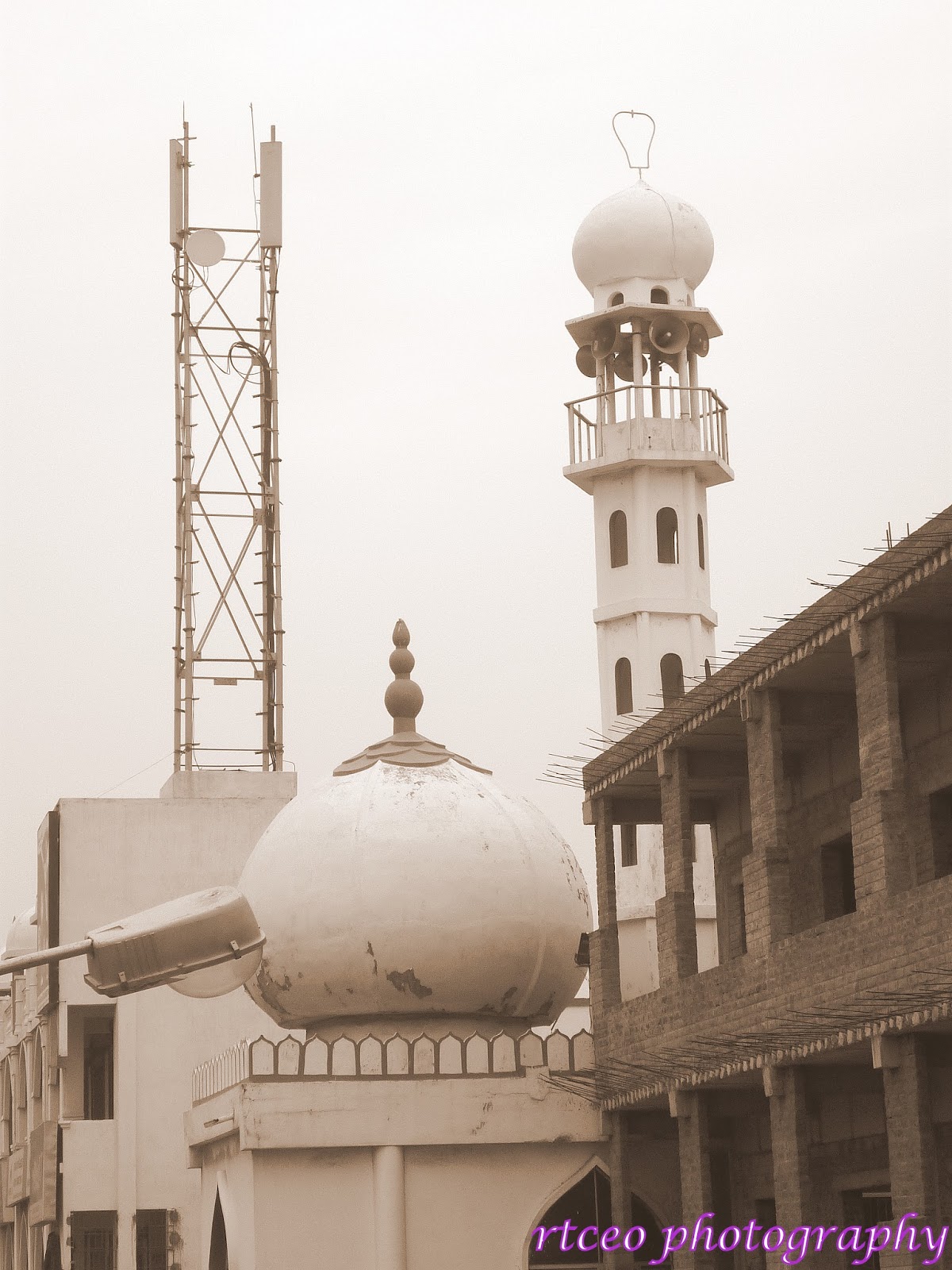 Fatima Church:
This Catholic church was started in 1940's and in those time Catholic families were very scarce in Kodambakkam. It was Francis Peter who started a school close to this church and slowly the Catholic population in Kodambakkam began to increase. Fatima Convent for Girls and Loyola Matriculation for Boys were the schools begun close to this church. Both these schools have been providing quality education for many years. Mass celebrations are held in this church for important religious events and it looks very colorful on the eve of Christmas. 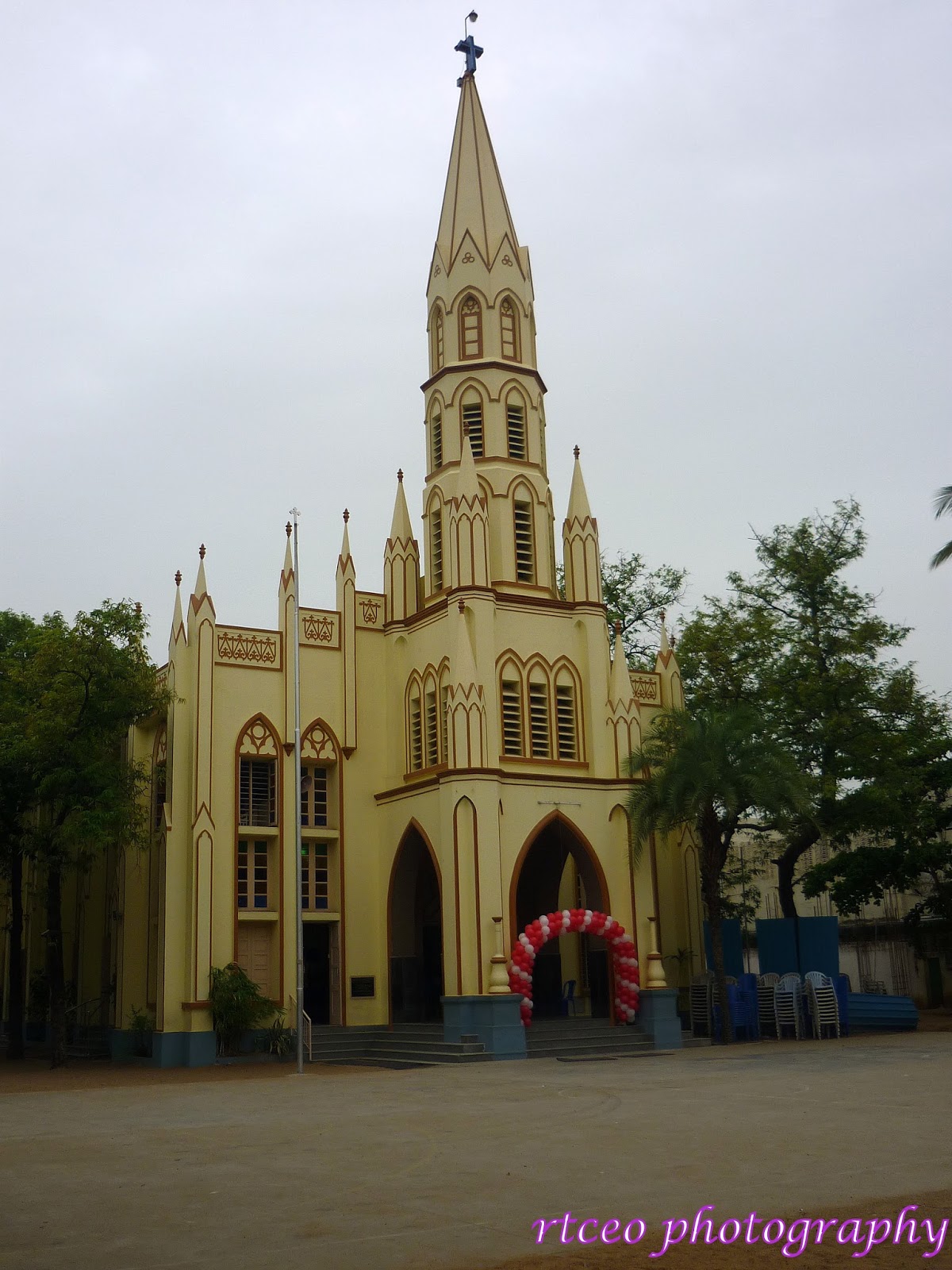 The picture below is the Church layout sourced from Fatima Church website. It dates back to 1951 and sketches the Kodambakkam of those days.

Sharadambal Kovil:
This is one of the most recently renovated temple and the Gopuram of this temple can be viewed from Kodambakkam over-bridge. It's built and maintained by a trust belonging to Meenashi College for Women/ Meenashi Sundarajan Engineering College. Goddess Saraswati is the main deity in this temple and it also holds a spacious meditation hall. Post renovation, this temple has attracted a lot of people and has been maintained well. 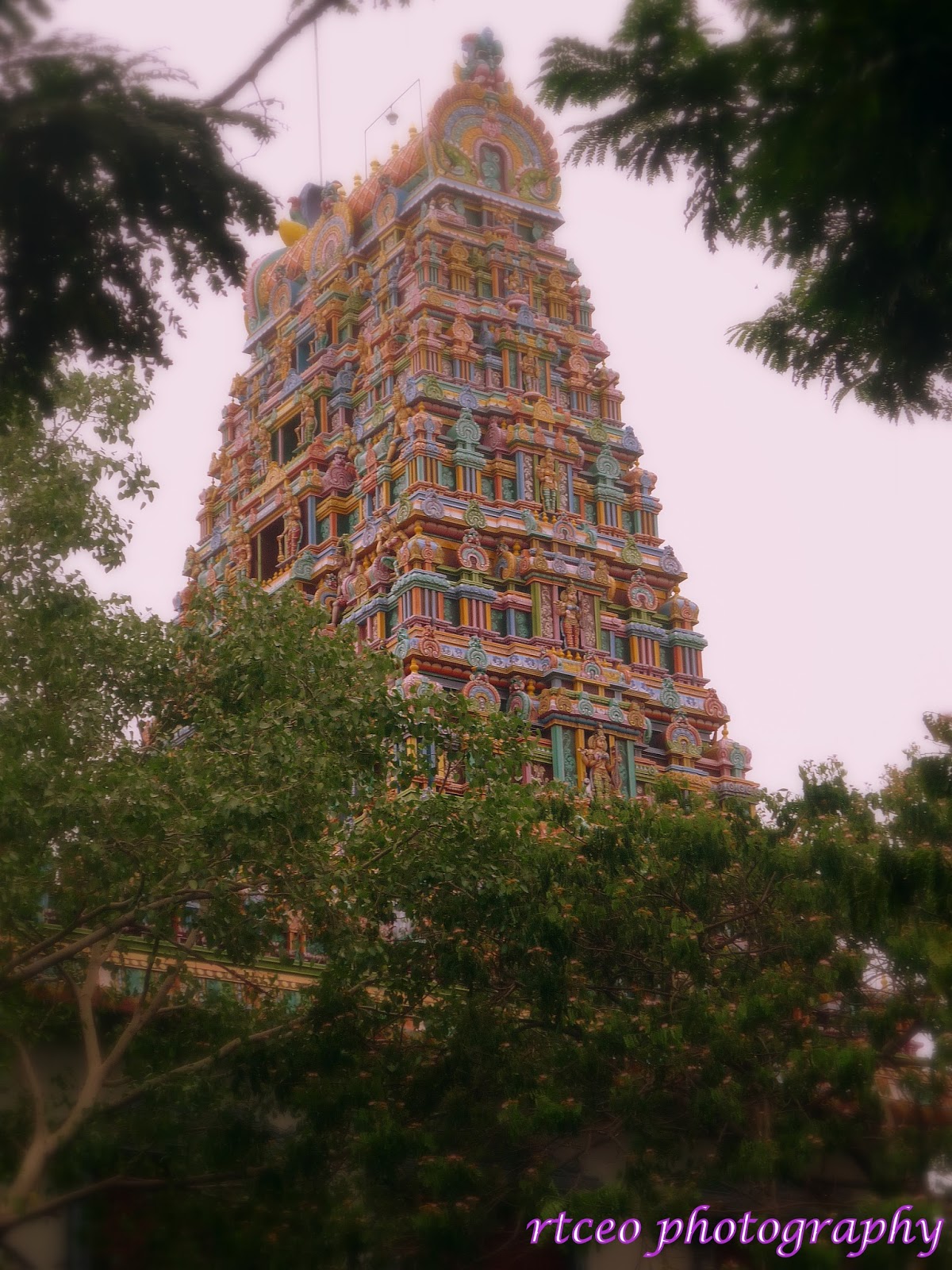 Nature, Parks and Playground:
As Kodambakkam is one of the busiest places in the city and has many old settlements, you can't expect a lot of places for Nature lovers like me. The Circular Park is one place which would calm the nerves for anyone and to anyone who likes to spend time with nature, this is the best place in Kodambakkam. The park is like a circle with trees encircling the park. There is also a play area where you can find a lot of tiny-tots jumping around in the evenings. I take a walk on Sunday evenings in this park and go back home refreshed. 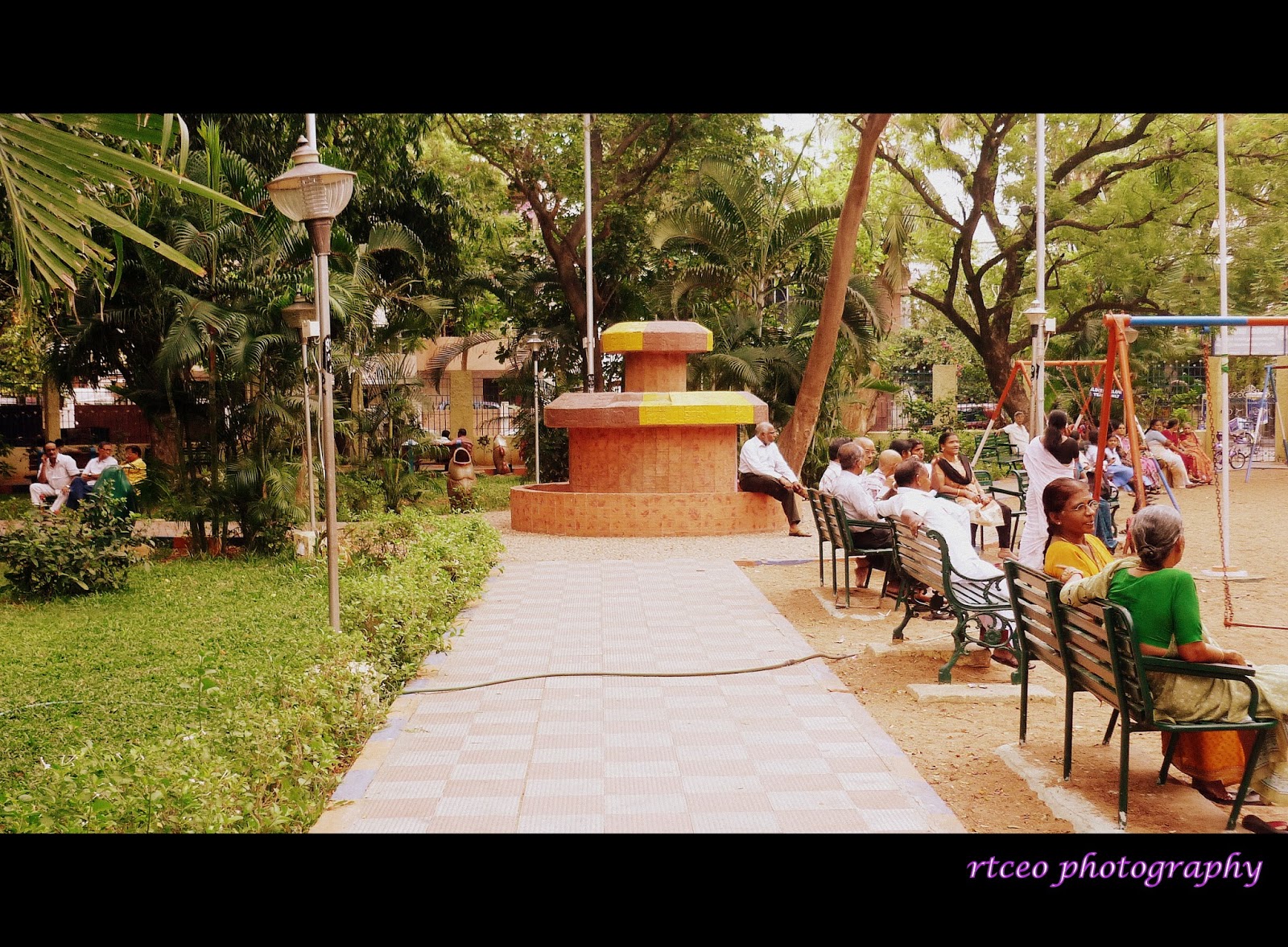 Apart from circular park, there are very few places in Kodambakkam where you can stretch your legs and relax. There is one huge tree in Trustpuram 5th Cross which amazes me every time I cross it. This tree provides shade for the first half of the street and I've spent a lot of time under it's shade too :D :P. 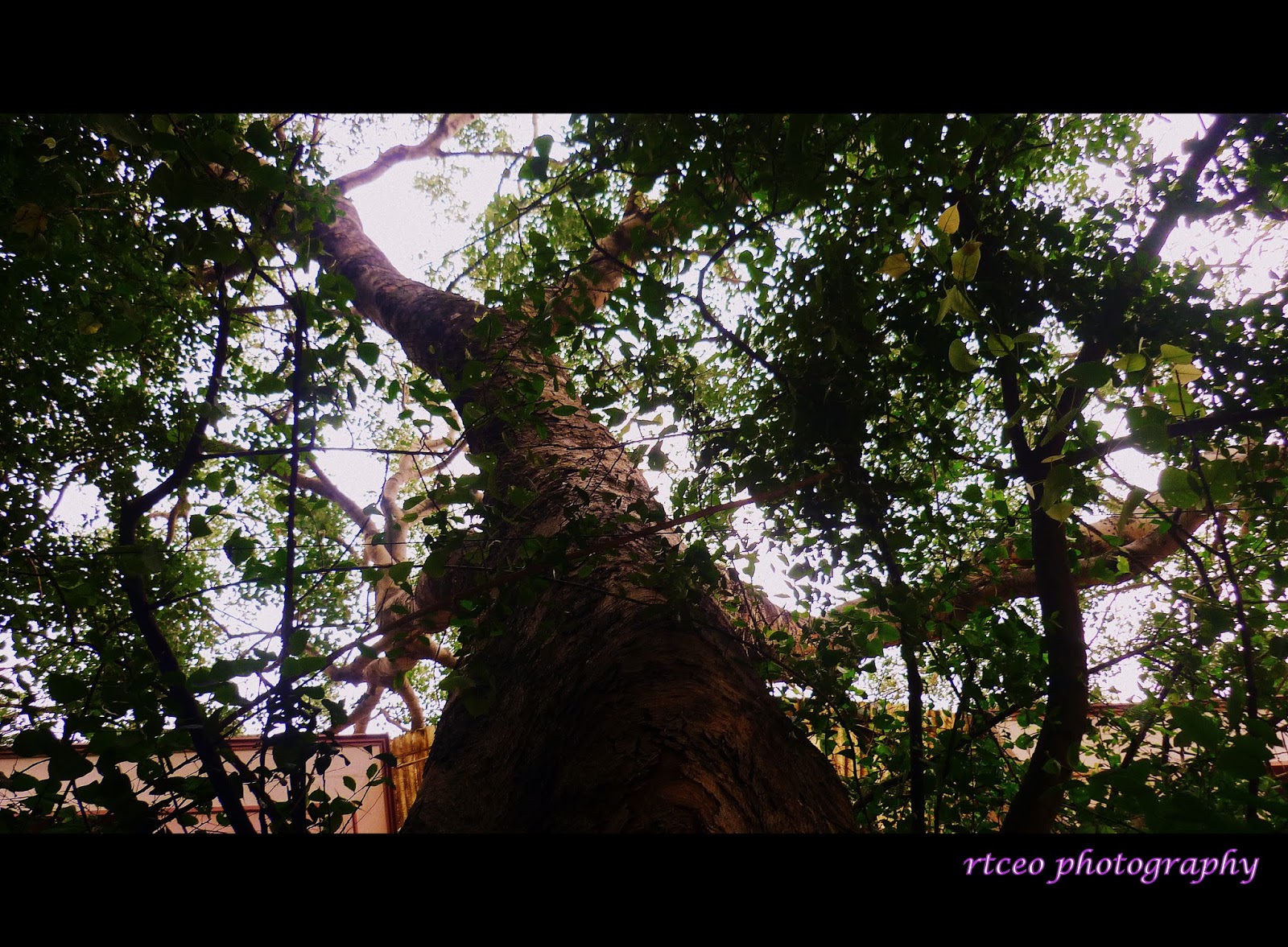 The best place to play in Kodambakkam is the Trustpuram Ground. This is a very famous spot here and it's one of the biggest gully cricket grounds in Chennai. A National Level Tournament for Volleyball happened here recently and other many cricket competitions keep happening. One standout feature is the facilities available in this ground. Apart from cricket, this ground also has exclusive volleyball courts, basketball courts, ball badminton courts and badminton courts which makes diverse set of people play in one ground. 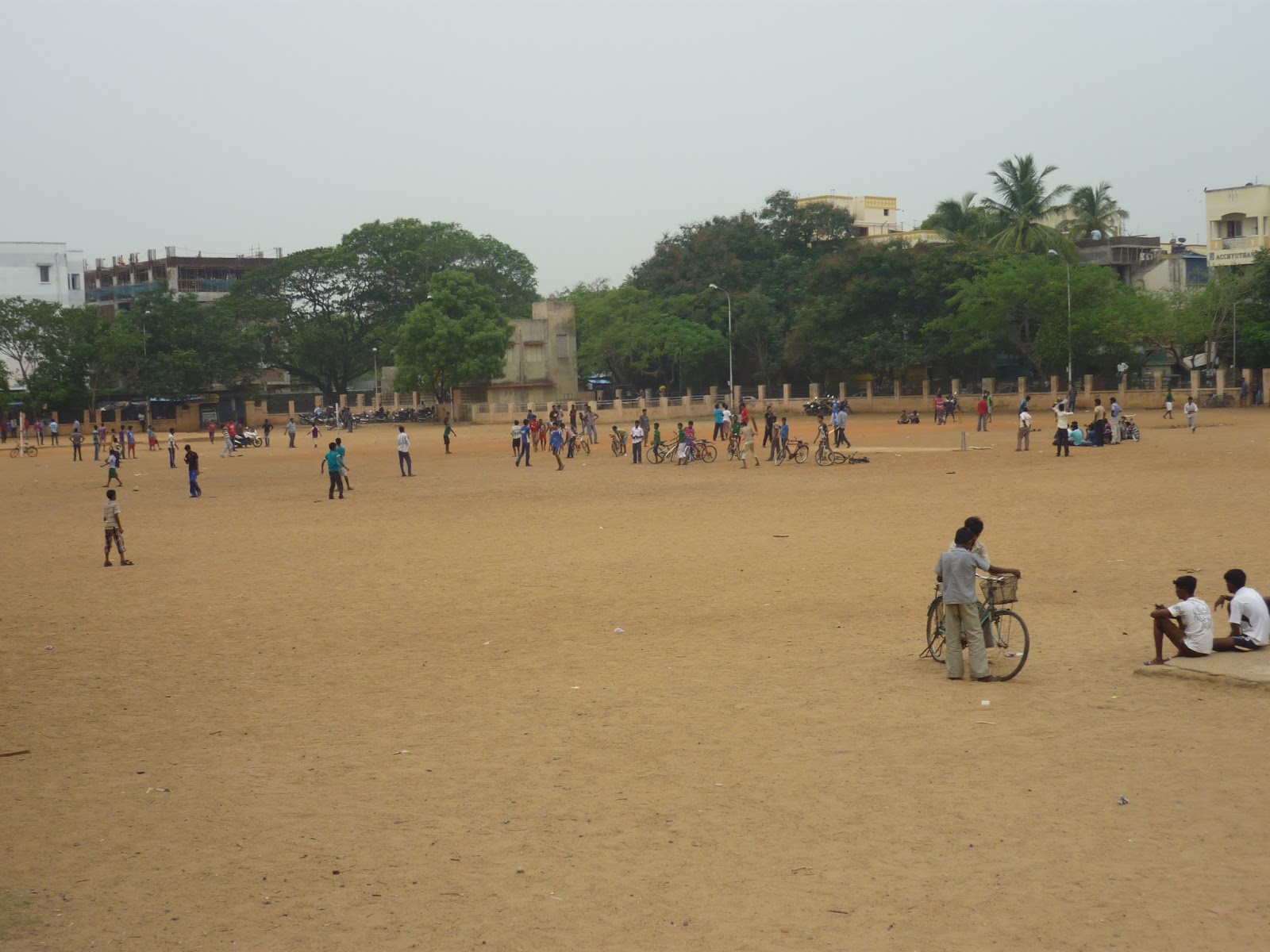 Restaurants and the Kodambakkam neighborhood:
The main localities in Kodambakkam include Trustpuram (where I stay :D), Rangarajapuram, Director's Colony, United India Colony and Vannier Street. The Trustpuram is one of the major areas which is closely connected to the arterial road NSK Salai. The Director's Colony and the United India Colony are silent areas in Kodambakkam which holds the majority of the residential population. Trustpuram holds a balance of commercial and residential areas whereas Vannier Street has an enormity of commercial establishments. 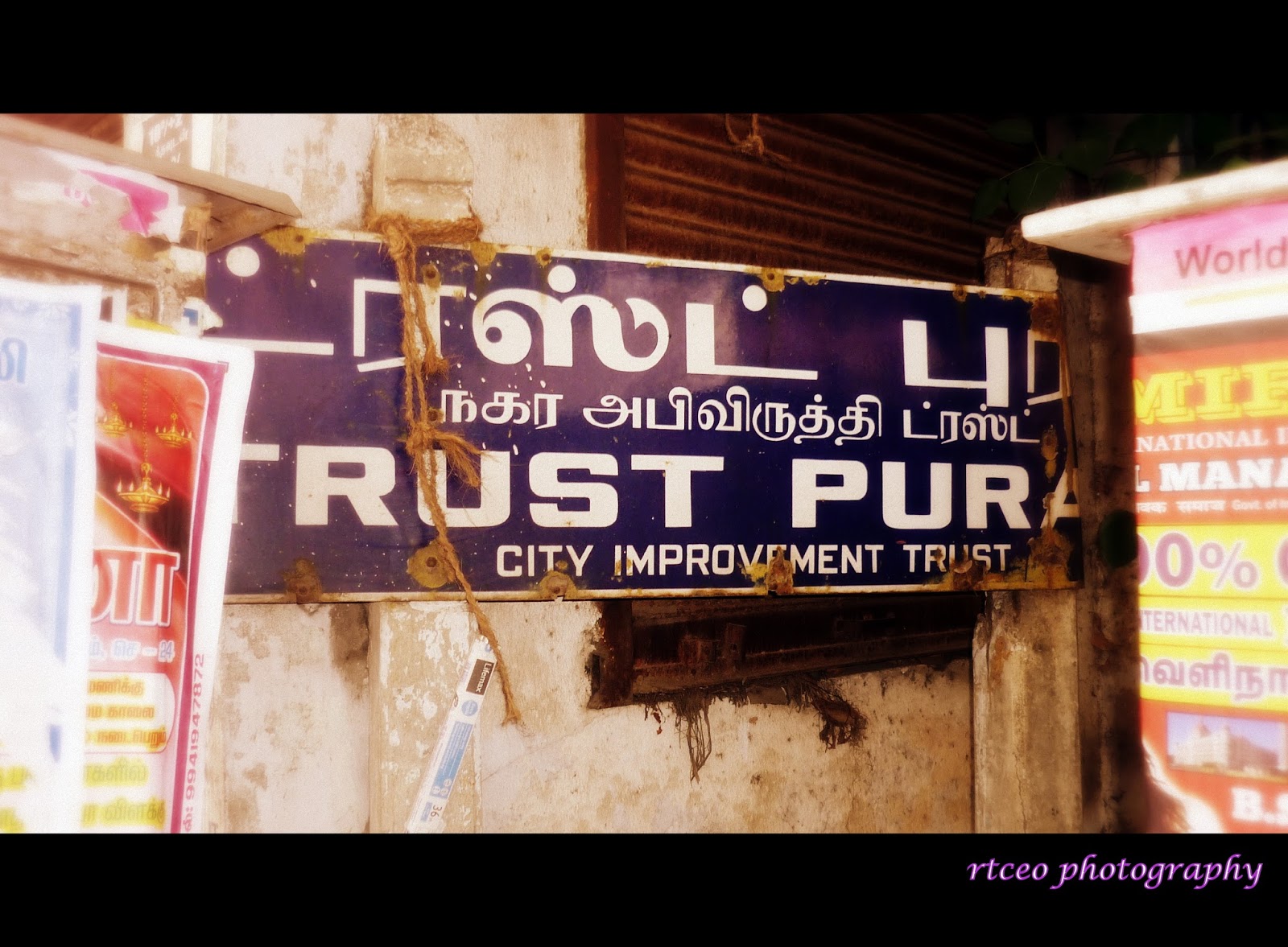 For food lovers, Kodambakkam is not your spot. There are few very options to eat out here.Being a vegetarian, my options are further limited and I usually end up eating in the same restaurant again and again.

I guess I've covered all important details about my area, Kodambakkam. Apart from the above mentioned, Liberty Theatre was one of the important landmarks. Now, it has been demolished and is in the process of converting it into a commercial complex. The Raghavendra Kalyana Mandapam which belongs to our Thalaivar Rajinikanth is also in Kodambakkam.

Kodambakkam is a great place to be and the people here are very comforting. My childhood days here were great and I want every one in Chennai to visit the above mentioned places leisurely.